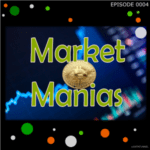 In financial history, investors were excited and greedy, much like with Bitcoin. History is full of frantic investment markets with endless opportunities.

Burton Malkiel, mentions bubbles in his book, “A Random Walk Down Wall Street”.

The whole operation is, a Ponzi scheme, in which new investors, acquire stock from earlier ones.

In many manias, buyers take out loans, to buy assets, thinking they can pay them off, if the asset grows.

These investors, are, vulnerable to price volatility. Short-term drops, in asset prices, may force them, to sell since they can’t pay interest.

Minsky’s study shows that debt financing, predicts asset bubble stability. History reminds us, that each new generation, must learn that markets, can only withstand gravity, for so long until reality sets in.

Bubbles, and fraud, are old.

Opportunists and operators join mass delusions, to preserve, the flow of foolish money used to inflate them.

Mackay’s moralizing crowd crazy, represents an outdated concept, that manias are “done by others.”

Those involved, maintain, their euphoria, to justify their wealth. It’s maintained by ignoring, banishing, or vilifying doubters.

After contradictions are uncovered, the public will laugh at economic follies.

When enormous money has recently been generated, when some people are truly making it, and when most people think they’re making it, there’s a happy opportunity for brilliant mendacity.

Nearly everything is believed, and the worst and most astute deceivers are beyond punishment. But credit damage is worse.

Speculative assets are often built, around a charismatic CEO, or banker who investors believe embodies the new economy. George Hudson in the Railway Mania, Kenenth Lay in the Enron scandal, Adam Neumann in the Venture Bubble, and Elon Musk in the cryptocurrency bubble,

all speak to some underlying circumstance and opportunity that resonates, with the zeitgeist, and allows them, to channel enormous amounts of capital into investments that in otherwise-rational eras would be seen as patently insane.

In a market frenzy, these men act irrationally and deify themselves, thinking their business is above the law, and their acts have cosmic significance.

Their worst flaws, show in their weird behavior. Their character is ruined.

We have 600 years of recorded history to study the initial conditions, internal structure, and aftermath of speculation and bubbles. Previous manias had fruitful and catastrophic bubbles.

Above excerpt is an extract from the book “Popping the Crypto Bubble” from Stephen Diehl, Darren Tseng and Jan Akalin. This book is recommended for all those who are planning to invest in cryptocurrency and don’t want to end up in a foolish way losing their money.

Thank you for listening to data politics podcast.